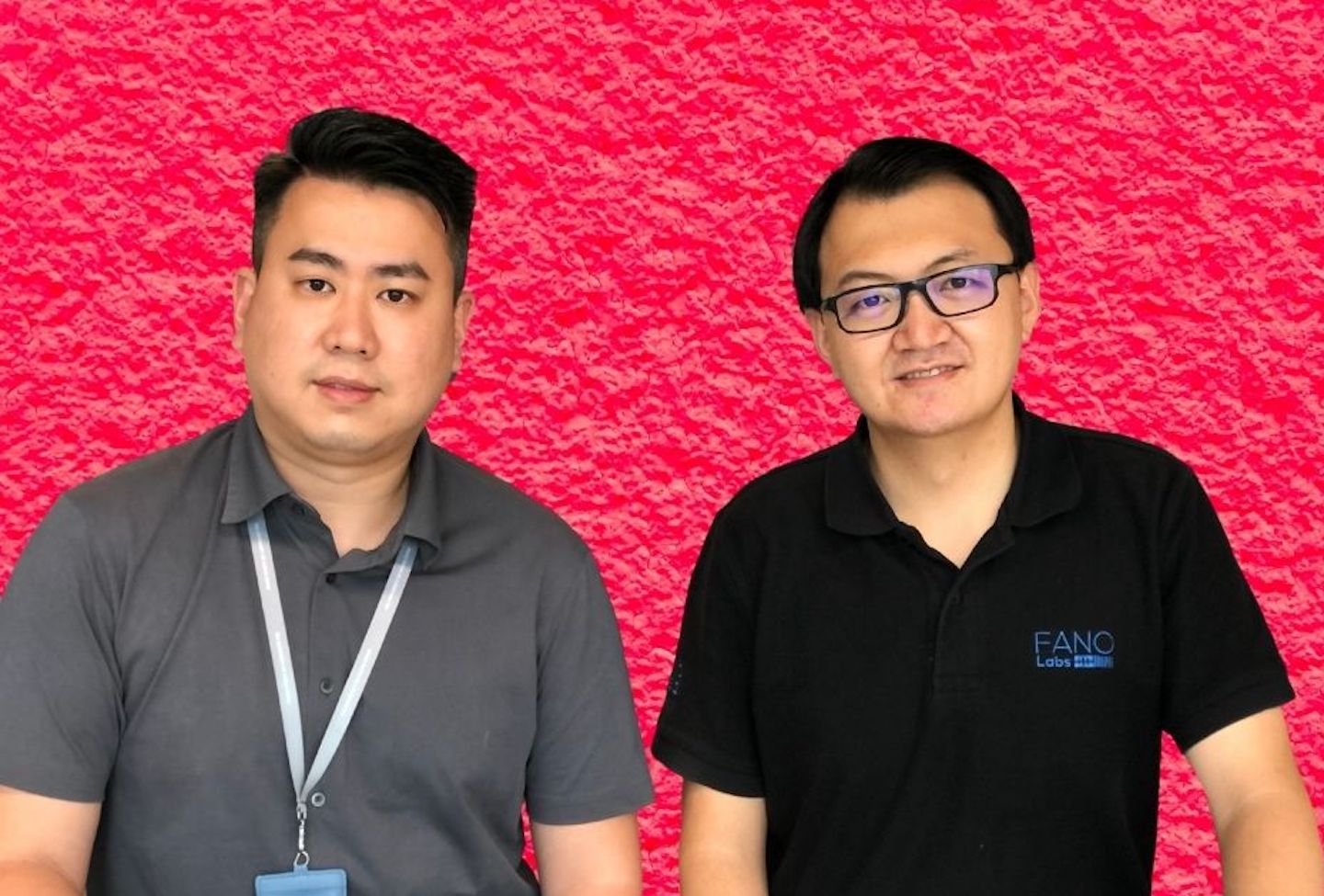 Fano Labs, a Hong Kong artificial-intelligence startup, is becoming a high-profile player in the government’s efforts to forge the city into a global hub for regtech (tech for meeting financial regulations).

Its founders have a bigger mission beyond commercializing their growing A.I. capabilities for both banks and for regulators. They want to demonstrate that Hong Kong can produce deep-tech companies. To prove it, they hope to eventually list the company on the Hong Kong Stock Exchange.

The startup has quietly raised over HK$100 million (about $13 million) from investors including Horizon Ventures (the family office of tycoon Li Ka-shing), Alibaba, Hong Kong University, and Hong Kong Science and Technology Park, where Fano Labs is based as part of HKSTP’s startup incubation program.

“We want to prove deep tech works in Hong Kong, and be the first true tech company to list,” Wen said. The city has a growing coterie of biotech listings along with plenty of startups doing consumer app-type projects.

But when it comes to engineering, the city is still regarded as a backwater, particularly when contrasted with its neighbor, Shenzhen; this is a sentiment DigFin hears regularly.

For Hong Kong Monetary Authority, developing home-grown regtech companies is part of its drive to make the city a global regtech hub. Since 2019 the HKMA has been in a drive to adopt fintech solutions itself, and encourage banks and other financial institutions to follow suit. It recently awarded Fano Labs top marks in a contest for regtech companies.
‍

“The prize is a recognition that we are providing value to both sides,” Wen said. “Banks are struggling with all these regulatory changes, but those regulations are there because finance is an information game that is easy to manipulate. On the other hand, we also need the market to prosper. So there has to be a balance. A.I. can do a lot because it’s cheaper and more efficient, and it helps banks know more about what’s going on inside their own organization. A.I. can create a standard for all regulators and banks.”

The Fano Labs executives acknowledge the industry, and the tech itself, is still a long way from realizing that dream. “This will take years to play out,” said Albert Lam, chief scientist and CTO at Fano Labs (pictured, left). “Regtech has to add a lot of value to the ecosystem.”

Fano Labs works in audio: human voices. It has developed A.I. solutions to translate human speech into text, and vice versa. Its specialization is in “code switching”, which means the computer is trained to understand when speakers switch languages. This is what makes it different from, say, Siri on your iPhone: such consumer-oriented A.I.s are designed for a single language. Siri or Google may be trained in many languages, but within their own silos.

At first, the Fano niche seemed narrow indeed. Wen and Lam came out of academia as professsors at Hong Kong University. Wen helped launch the company in 2015 “when nobody cared about A.I.,” he said, and for a while it was difficult to use their ivory-tower knowledge to solve real-world problems.

The multilingual approach does have relevance though in a place like Hong Kong, where people regularly flip between Cantonese, Mandarin, and English, often in the same sentence.

Southeast Asia is similar, and Fano Labs learned that the same phenomenon is common in the Middle East, where there is standard Arabic and the local versions used in each country.

From calls to compliance

Initially they developed A.I. for customer call centers. A typical call center carries out quality control by sampling a small percentage of calls for monitoring. The A.I. can listen to all conversations and parse them to pick out customer complaints, topics discussed, and what prompted a customer meltdown. Gradually the A.I. can help the bank, telco, or other enterprise to expand its coverage and improve its service.

From there, Fano Labs could develop business insights, such as advising a telco like China Mobile H.K. how to proactively approach customers whose subscription is ready to expire. By parsing the conversations and converting these to text (which is easier for humans to analyze), Fano’s software could help the telco prepare targeted offers to retain its customers and generate renewals.

Fano’s fintech journey began when a local regulator got in touch. (The Fano Labs execs would not identify the regulator, but based on the work involved, it sounds to DigFin like the Securities and Futures Commission.) Enforcement against fraud, mis-selling, and other problems is difficult because rogue bank employees do not write down or email evidence: they talk on the phone. While a bank may record all phone calls, and even monitor employees’ mobile devices, one incriminating conversation is easily lost amid the tens of thousands of calls a person will conduct. It’s like looking for a needle in a haystack.

The regulator had an investigation involving up to 40,000 calls. It would take a human an entire year to go through all of these to find the incriminating moment. Fano Labs applied its A.I. to search the calls, in multiple languages.

“We found the evidence in two days,” Wen said. The A.I. had converted all the conversations to text and then scanned them for relevant jargon. Fano Labs didn’t see any of this information; it was simply handed to the regulators who could search it. The evidence could then be used in court proceedings.

Sometimes misconduct isn’t about criminality; it’s just human sloppiness. Relationship managers are meant to take retail investors through a long process to assess product suitability. If there is a mis-selling complaint, compliance teams have to go through the arduous process of reviewing all the RM’s communications with the customer. Senior executives are unlikely to have any clue that something is amiss until there’s a complaint, or a regulator demands to know what happened.

Fano Labs began to work with the wealth-management arms of consumer banks, with their A.I. recording customer conversations and then spitting out a report to the R.M. in a matter of minutes. The A.I. can highlight where it thinks the R.M. missed something or made a mistake. The R.M. can respond while the customer is still in their office.

This also means quality-control people can scan a text transcript that flags potential errors instead of having to sift through hours of audio.

Albert Lam says technology can make it easier and cheaper for banks to comply with mis-selling, know-your-customer rules, fraud detection, and other legal issues. Right now, such regulations are a huge burden.

“We don’t need to punish an entire industry for the actions of a handful of criminals,” he said. But the industry and regulators are still trying to figure out how to deploy new technology. “No one knows the limits,” he said.

Wen added that everyone is still exploring what A.I. can do over the long run. “Regulators and banks both ask us how the other side is using it,” he said. “If we can find the balance, Hong Kong can become the regtech hub for the world.”