An interview by Unwire HK 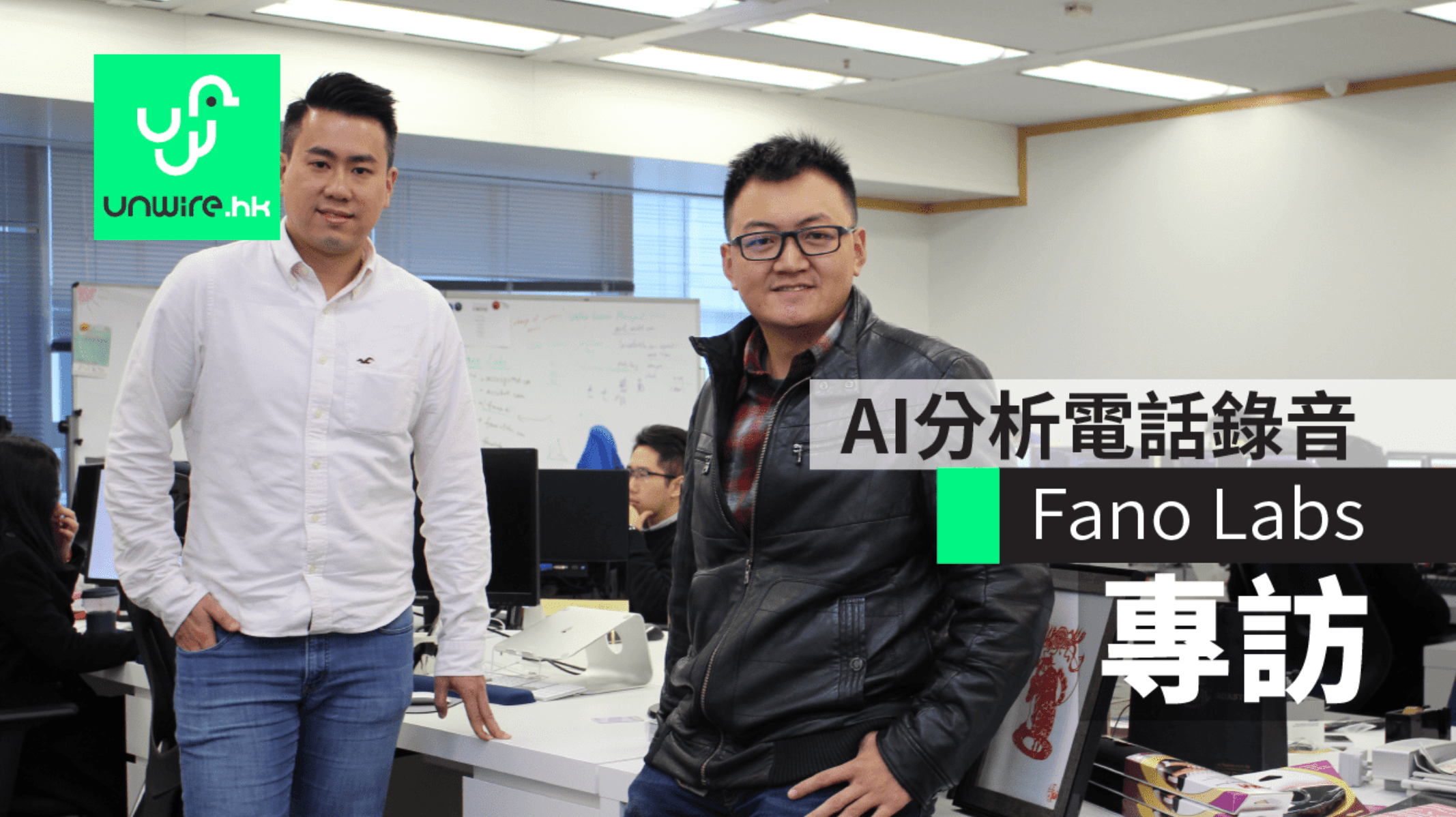 To this day, the telephone is still the main method for companies to contact customers, and to ensure that customer service personnel comply with regulations, conversations will be recorded. However, due to manpower issues, only 1 – 2% of call recordings will be reviewed, making it difficult for companies to know the level of customer service. In view of this, the start-up Fano Labs has developed natural language processing technology for call centers and applied them in real estate, communications and other industries. The founder said that the technology can already recognize Cantonese and Sichuan dialects, but the limited data of Cantonese recordings has become a major challenge for their development.

Only 1 to 2% of call recordings will be reviewed. Artificial intelligence solves the problem

When receiving a call from a company, we all hear the message "The following call will be recorded", but is it true? Miles Wen, the founder and CEO of Fano Labs, said that phone recordings will indeed be listened to by managers to ensure that customer service personnel comply with company and legal requirements: "First, the boss wants to know the purpose of the customer's call; Second, the attrition rate of the call center is very high. Between 20% and 30% are newcomers, and inappropriate responses or even compliance issues may arise at any time.” He took the credit card confirmation as an example, saying that the service staff can only ask the other party to confirm their ID. The next digit of the number cannot be asked for the entire ID number of the other party.

However, due to the huge number of telephone recordings, Miles pointed out that only 1 to 2% of the recordings would be reviewed by the manager, and the company could not grasp the actual situation, so they developed natural language processing technology (Natural Language Processing) to automatically analyze all the telephone recordings , To help companies understand the performance of service personnel, as well as to understand the in-depth needs of customers.

The technology was adopted by four Hong Kong and one Sichuan companies in 2017, and the industry covers real estate, telecommunications and other industries. In other words, Fano Labs has been able to analyze Cantonese and Sichuanese telephone recordings.

As we all know, Cantonese is more complex than many languages, and it will be more difficult to process with artificial intelligence. Albert Lam, the chief scientist of Fano Labs, also said that people write Cantonese less frequently and have more tones. It is also common for Chinese and English to be mixed and lazy. There are indeed difficulties, but the biggest challenge is that it can be used. The data is limited: "We have mastered many core technologies, and the most important thing is to have data for us to process." He explained that Hong Kong is very careful in data processing, and there is very little public data, so they need to persuade customers to provide data. "Don't use customer data indiscriminately, don't leak, and really use the data to make what they want, so that customers can have confidence." Albert Lam continued.

Miles Wen, who was born in China, also added that compared with Sichuan dialect, Cantonese accents have changed a lot. Although it is more troublesome, they can handle it.

Another founder left the team for 16 years and the company entered a difficult period. The Science and Technology Park offered to help

However, in the early days of its establishment, Fano Labs encountered many setbacks. Miles recalled the situation in 2016. He said that the 1 million Hong Kong dollar funds received from the University Technology Startup Funding Scheme (TSSSU) when the company was established in 2015 were almost exhausted in April or May, and there was no business. The prospect was confused; and on May 31, another founder of Fano Labs left the team, leaving the company alone in the second half of the year. "It was the most painful then, and it was difficult to even pay salaries." The situation did not improve until the investment was obtained in December.

Miles also pointed out that Fano Labs received support from the Science Park during the difficult stage, and then received guidance from the other party to learn how to introduce the company to investors, fight for investment, and establish a business model. He continued that Fano Labs' first customer, CLP, was introduced through the Science and Technology Park.