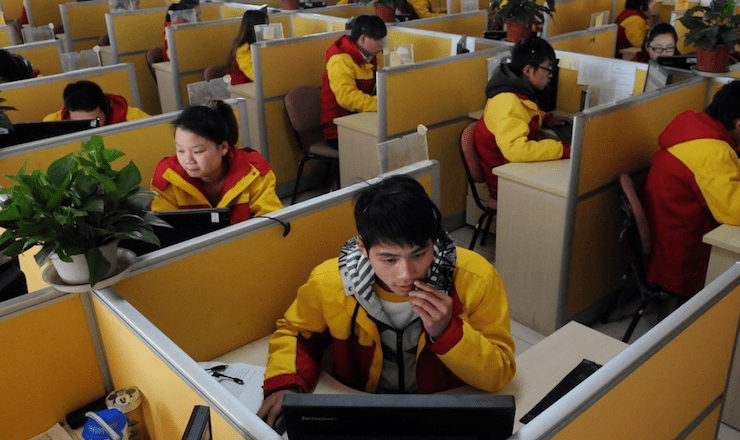 ‍
Fano Labs, which is a specialist in natural language processing (NLP) technology, received last month an undisclosed amount of funding from Li’s private investment arm Horizons Ventures that is expected to drive its expansion plans in China’s call centre industry, including setting up new offices and research facilities.

‍
“If someone from Sichuan is calling his local telecoms company, he’ll likely speak in Sichuanese first and not Mandarin unless they’re asked to switch,” said Wen, estimating that about 60 per cent of call-centre engagements are conducted in dialect.

China’s call centres are forecast to have the capacity to answer about two million calls at any given moment by 2020, up from an estimated 580,000 back in 2012, according to Shenzhen-based consulting firm AskCI.

‍
As the volume of calls grow and user interactions become more complex, the companies which run these facilities are expected to push forward strategic investments in artificial intelligence, robotic process automation and advanced analytics solutions to provide better customer and operational insights, according to a Deloitte study published in May.

‍
Phil Chen, an adviser to Horizons, said the venture capital firm has “a heritage of investing in industry-shaping speech and NLP technologies, starting from Siri, Viv and now Fano Labs”.

‍
NLP is a branch of AI involved in making computers understand the way humans naturally talk and type online, turning such information into structured data for further analysis.

“We love deep-tech companies that apply the power of AI to improve critical human communications problems,” said Chen. “Fano Labs’ solution for multiple dialects allows for this rewind of the Tower of Babel story.”

Call centre interactions processed by Fano Labs’ NLP system are automatically analysed. A score is given to each call based on parameters, such as tone and the types of words used, to determine if it was a positive or negative service call for the customer calling in.

“While these calls are almost always recorded for training and quality purposes, managers often do not have the time to listen to call recordings to determine which areas of customer service require improvement,” Wen said.

He added that most managers listen to one or two per cent of all recorded calls – an insignificant sample size that cannot accurately give them an idea on whether the call centre met its service targets.

“We can process all of the call recordings with tonal level as well as text-level analysis to tell you whether the team is doing well,” Wen said. “A report can be generated for managers who can easily conduct a performance overview, rather than spend time listening to calls.”

The data Fano Labs gets from clients, which include companies in the property and telecommunications industries, are fed back into its AI system to help improve accuracy, he said.

Fano Labs marked the latest investment made by Horizons in a Chinese tech start-up after leading a US$7 million Series A funding round in September for MioTech, which provides AI systems to professional investors.

That deal represented a major pivot for Horizons after it had largely focused on high-profile tech investments overseas, especially in the United States and Israel.

Fano Labs was co-founded by Wen and Victor Li, the chair professor of information engineering at the University of Hong Kong. Wen, who received his PhD degree in electrical and electronic engineering at the university, said the company’s staff consisted mostly of other doctorate holders and engineers who write the algorithms for its technology.

The company had been part of Hong Kong-based artificial intelligence accelerator Zeroth.ai’s programme earlier this year, which Wen credited for helping the start-up connect with Horizons.

“I was really surprised when Horizons Ventures decided to invest less than two weeks after I connected with [adviser] Phil Chen,” Wen said. “We weren’t raising money at the time... but Horizons Ventures is a great firm so I agreed to do this pre-A round [funding] the next day.”