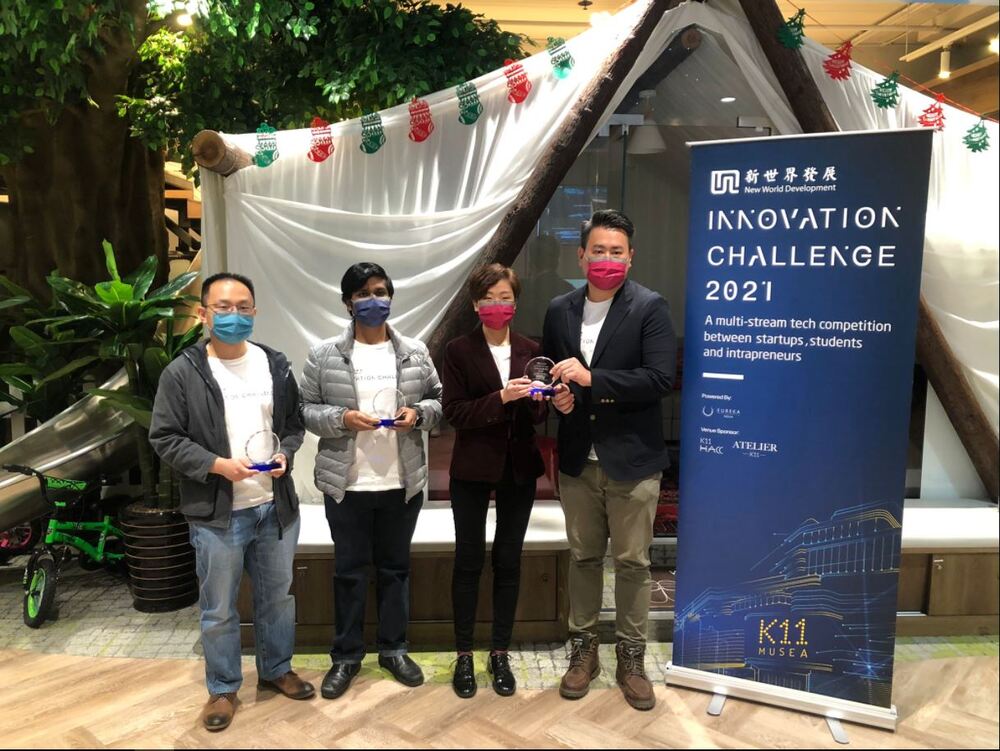 Fano Labs, the first runner-up, introduced a customer service bot, which uses auto language detection technology to understand customer queries and help them find information they need when visiting malls. It can also simulate the human voice when answering questions.

He also said automating human interactions in Hong Kong was challenging due to people mixing Cantonese and English in conversations.

"We are the only company in the world that can handle the city's unique language environment. Our auto-language detection technology can handle mixed languages with over 90 percent accuracy rate," he said.

Lam believes the technology can also be used for customer service in different industries, such as banks and telecommunication companies. He also said his company planned to include more languages for the robot's detection tool and promote it to overseas markets.

"Our tool is already capable of handling Thai and Arabic, and we look forward to exporting it to southeast Asia and the Middle East," he said.